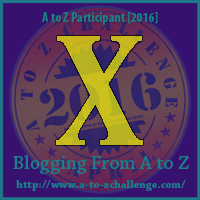 This isn't a post with a strange word you never heard of that starts with 'X'.  Nor is it a post about a word which just happens to have an 'x' in it somewhere.


'X' was often quite a big part of some people's lives.  Nowadays, illiteracy is fodder for newspapers who want a screaming headline or two - but a couple of hundred years ago, there was not nearly as much stigma about not being able to read and write.  If you could, then you were regarded with some awe.  I'm sure you have come across signatures on marriage certificates (for instance), where you almost wish they had signed with an 'X' instead.

But the signatures of the bride and groom were not originally required.  Everybody in the parish expected the parish clerk to be able to read and write, and therefore he would enter the names and dates.  And, of course, he would spell things the way he thought they should be spelt.  Like Winyfort for Winifred.  I wonder if she would have made an 'X' at the time of her marriage (1676) if it had been required?

And sometimes, icons were used instead of the 'X'.  This is known as an autograph...